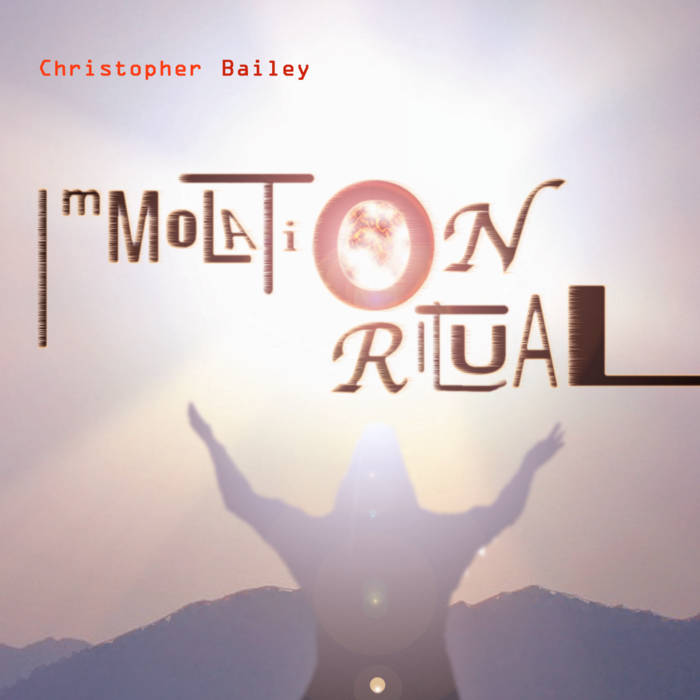 Stephen Weigel "Waking Down the Hillside at Cortona" captures the profound sense of microtonality that comes through perceived slight flatness from an expectation, via descent. The gestures in this piece unfold in such a way that it's fresh and novel every time with thick chord voicings, even though the compositional device is just a descending line - a testament to the incredible vision and non-muzak inclined instincts of Christopher Bailey. Piquing! Favorite track: Walking Down The Hillside At Cortona, And Seeing Its Towers Rise Before Me.

Some (mostly music-geekery) notes on the music:

These works span my entire career until 2008, just about, from the earliest works on this disc, Abstractions 1 & 2, composed in 1993-4, to the most recent, Walking Down the Hillside at Cortona, and Seeing its Towers Rise Before Me (2007). My compositional development has been characterized by a number of strands or threads that have converged, diverged and then resynthesized in different combinations over the years for each piece I have written.

"Fragmentation of the Familiar"--where complex, hidden structures are composed out as juxtaposed, spliced and elided familiar fragments of tonality, modality, and other simple core musical notions--is found in the Abstractions and in Out Of. An A Major triad opens Abstraction 1--one of the more obvious examples. The very end of Abstraction 2, and of the album, a plaintive suspended 4th over an E major (added 6th) chord, is a slightly more complex one. In Abstraction 6, I could walk through and point out to you the (or a) "tonal" significance of every single event in the piece--from that point of view it is tonal, but it is a fragmented tonality/modality, laden with detritus, often pulled into tiny shards that make it, at first, difficult to follow, but with familiarity (at least to my ear), very expressive, sometimes in an eerie, unexpected or even exhilarating way.

An interest in microtonality manifests itself in a variety of ways in all works except Abstractions 1 & 2, and possibly Nanosymph (I say "possibly", because there are certainly microtonal intervals in there, but I did not consciously aim for them.) Mergurs is based on a gigantic 12-note C overtone-chord, and Just Intonation scale fragments. Aftermath is built out of a specific Just Intonation scale (1/1 21/20 9/8 7/6 5/4 21/16 11/8 3/2 13/8 5/3 7/4 15/8). Out Of is for piano (in 12-tet) and that same JI scale in the electronic sounds. Abstraction 6 explored what I call "Crystallized Just Intonation" where the leading part (the saxophone) is in 12-tet, and the notes in the electronics are tuned, from moment-to-moment, to 'crystallize' around the saxophone line in Just Intonation harmonies (this is not live, 'adaptive' tuning, but something more pre-meditated--at times I want the music to sound out of tune). Finally Towers is for 2 pianos, tuned to a combined 19 (equal-spaced) tones per octave.

Mergurs and Abstraction 6 recorded at Ground Control Studio, Brooklyn, NY, by John Bosch. Abstraction 1 was recorded at Caveman Music Studio in Brighton, MA by Kazuo Maekawa. Out Of and Abstraction 2 were recorded at Patrych Studios in Bronx, NY by Joseph Patrych. Towers was recorded at the University of Illinois by Paul Kotheimer. Mastering by Silas Brown at Legacy Studios. Design and texts by Christopher Bailey. Mergurs was mixed in part during a residency at I-Park. John Minor tuned the pianos for Towers. Innova Director: Philip Blackburn, Operations manager: Chris Campbell. Innova is supported by an endowment from the McKnight Foundation.